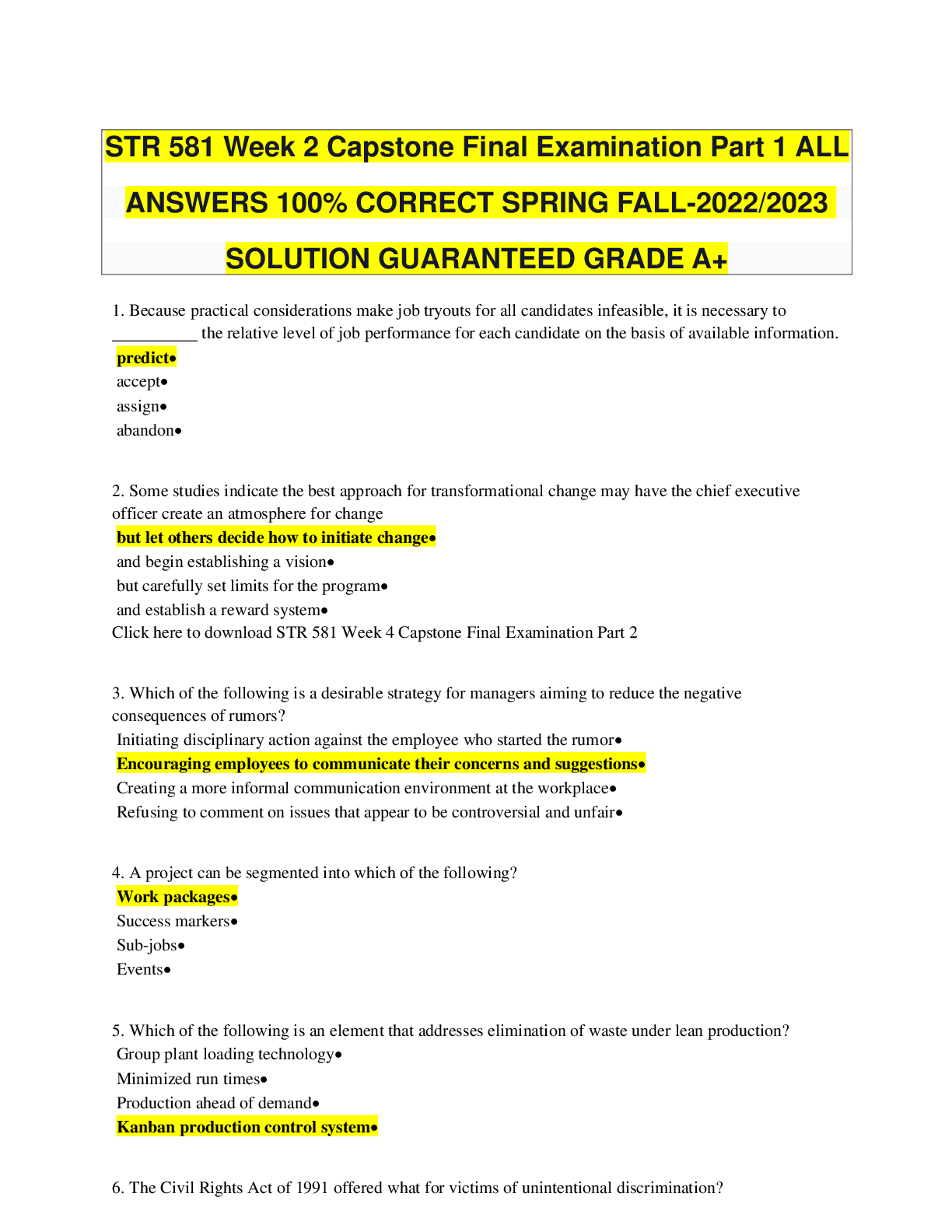 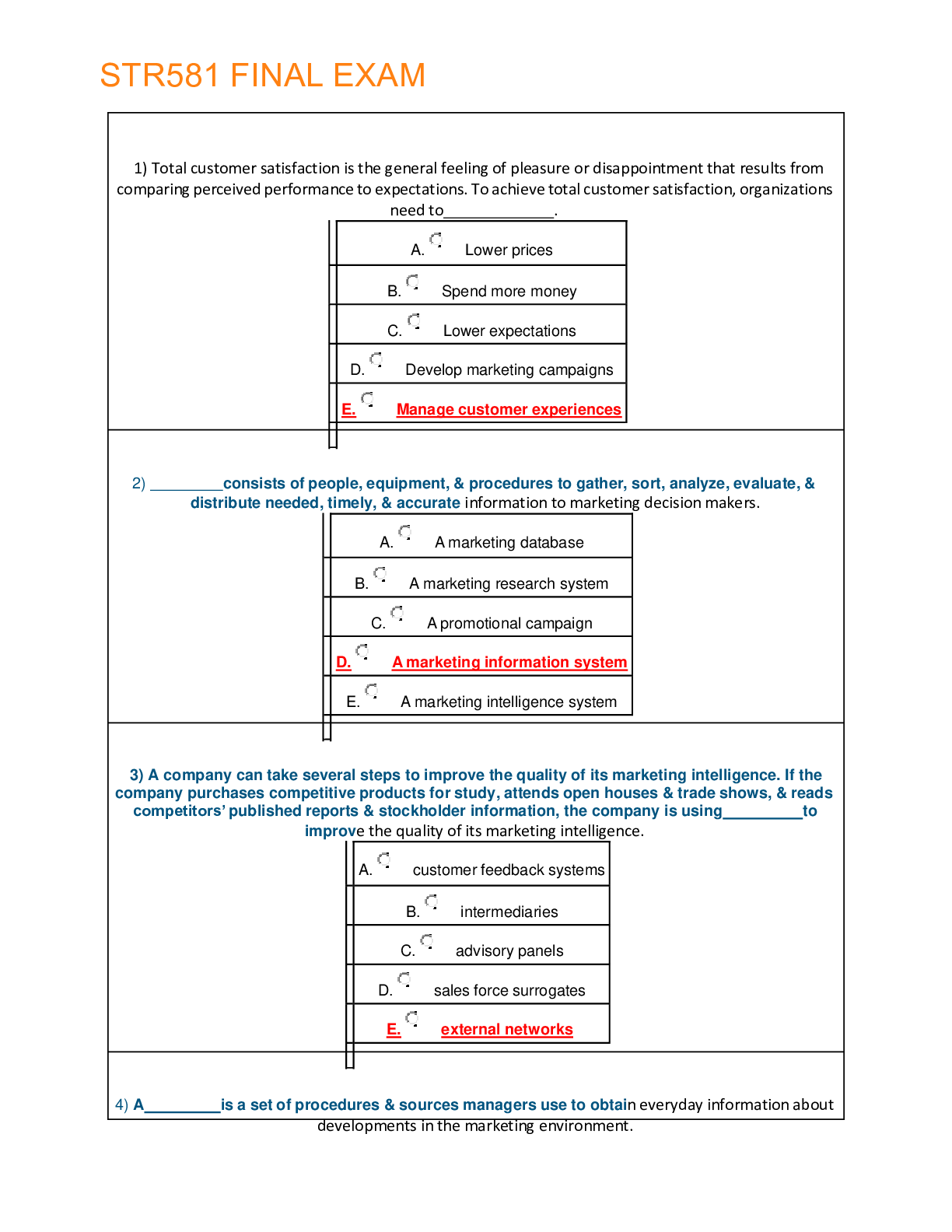 By [email protected] 1 year ago 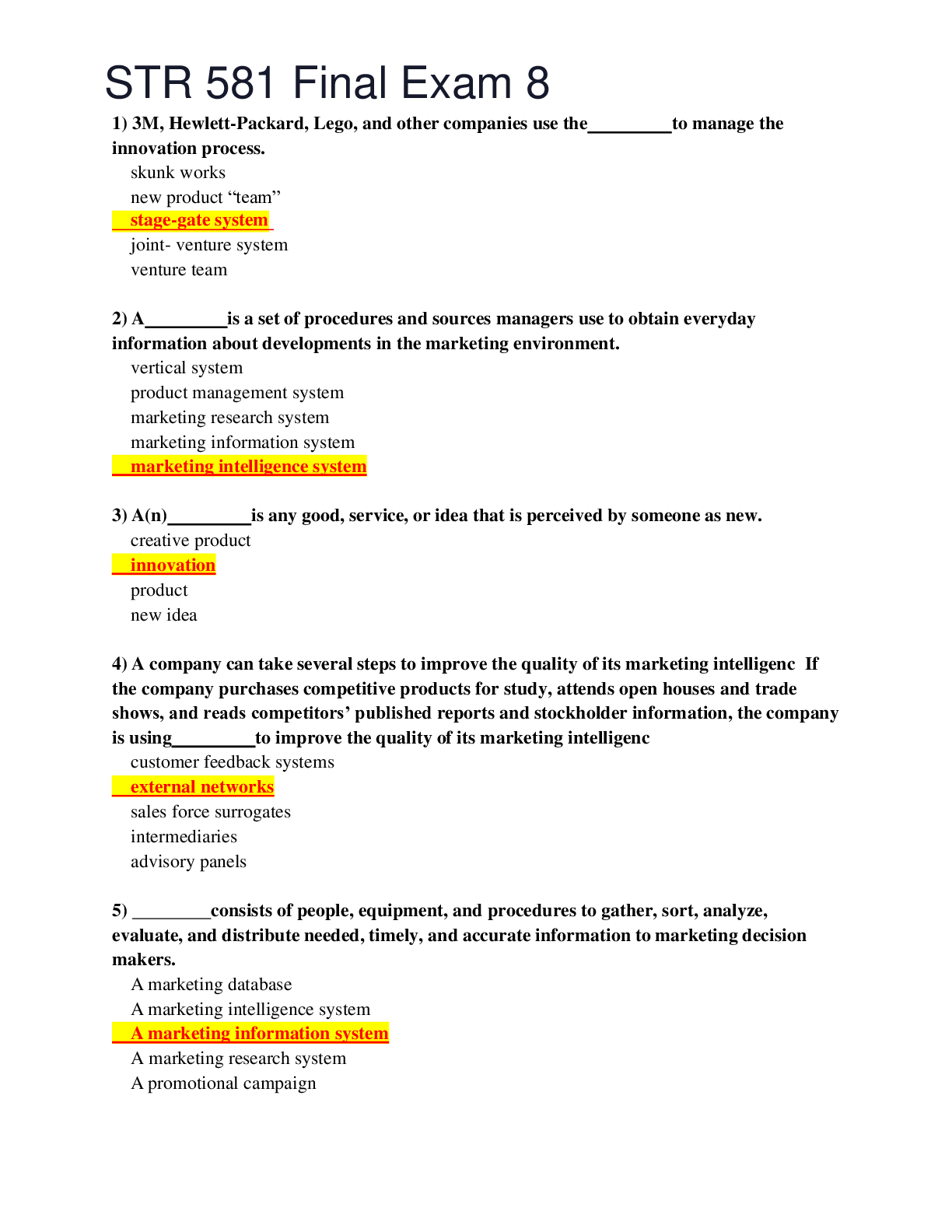 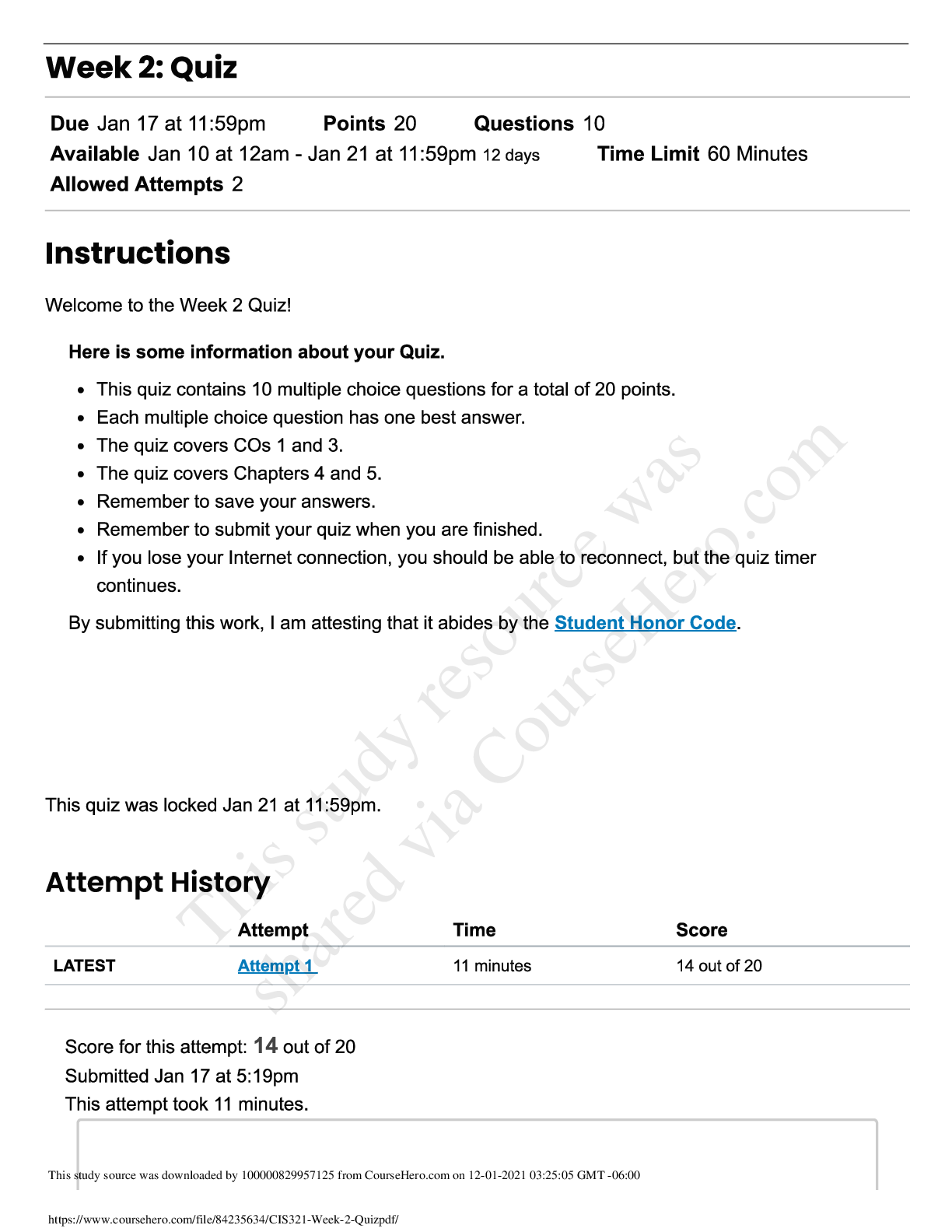 By Annah 4 months ago 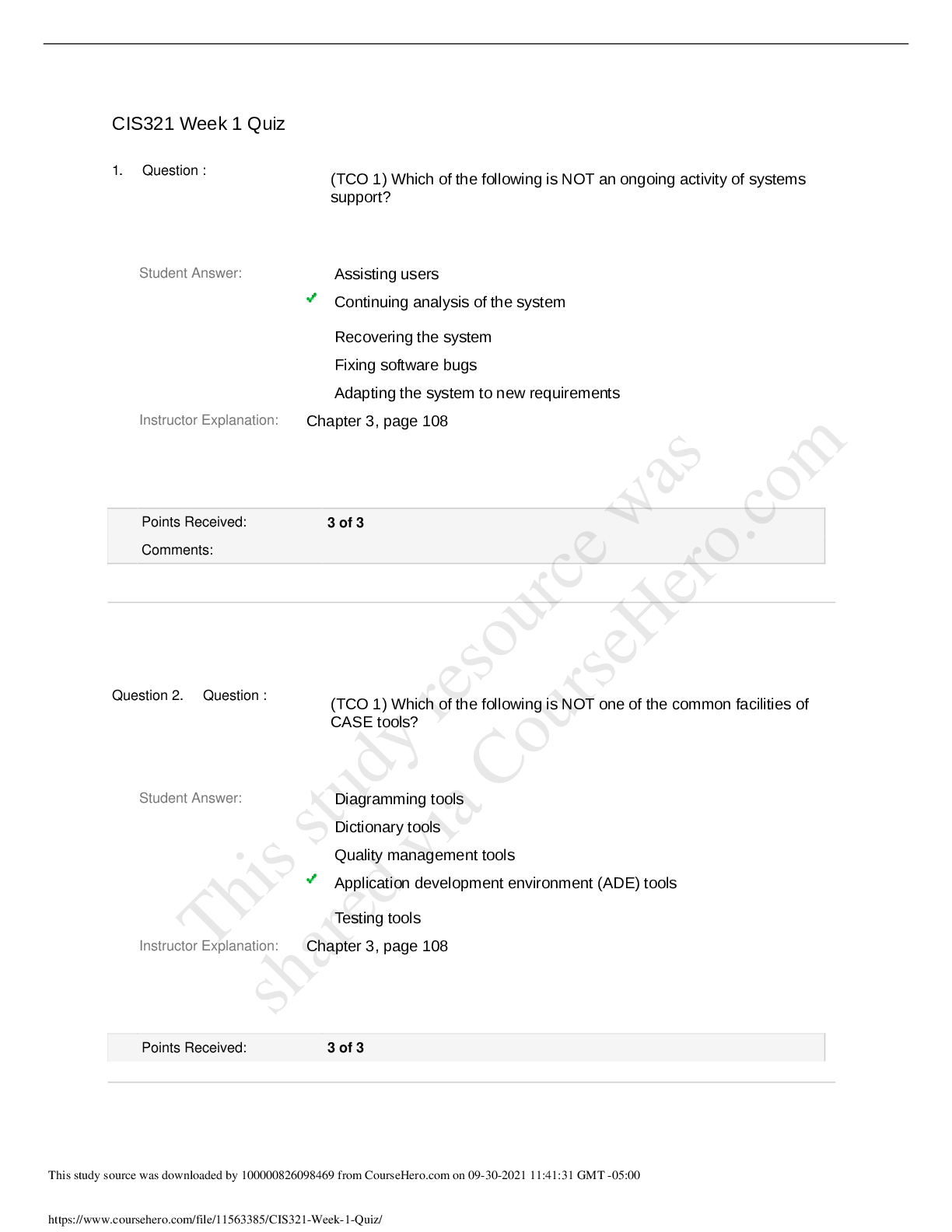 By Grade A Plus 1 year ago

By Annah 4 months ago

CIS321 Week 1 Quiz 1. Question : (TCO 1) Which of the following is NOT an ongoing activity of systems support? Student Answer: Assisting users Continuing analysis of the system Recoveri...

By [email protected] 1 year ago