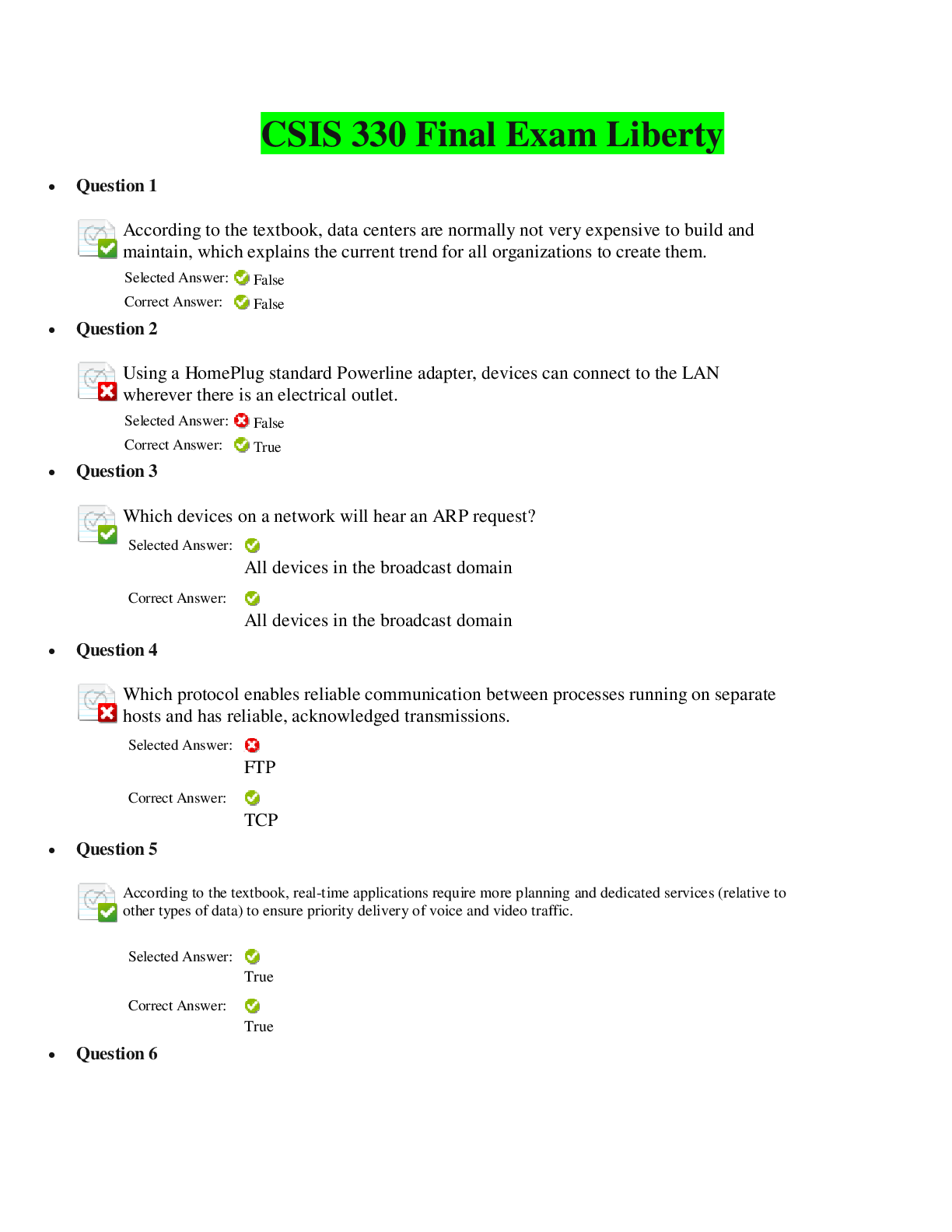 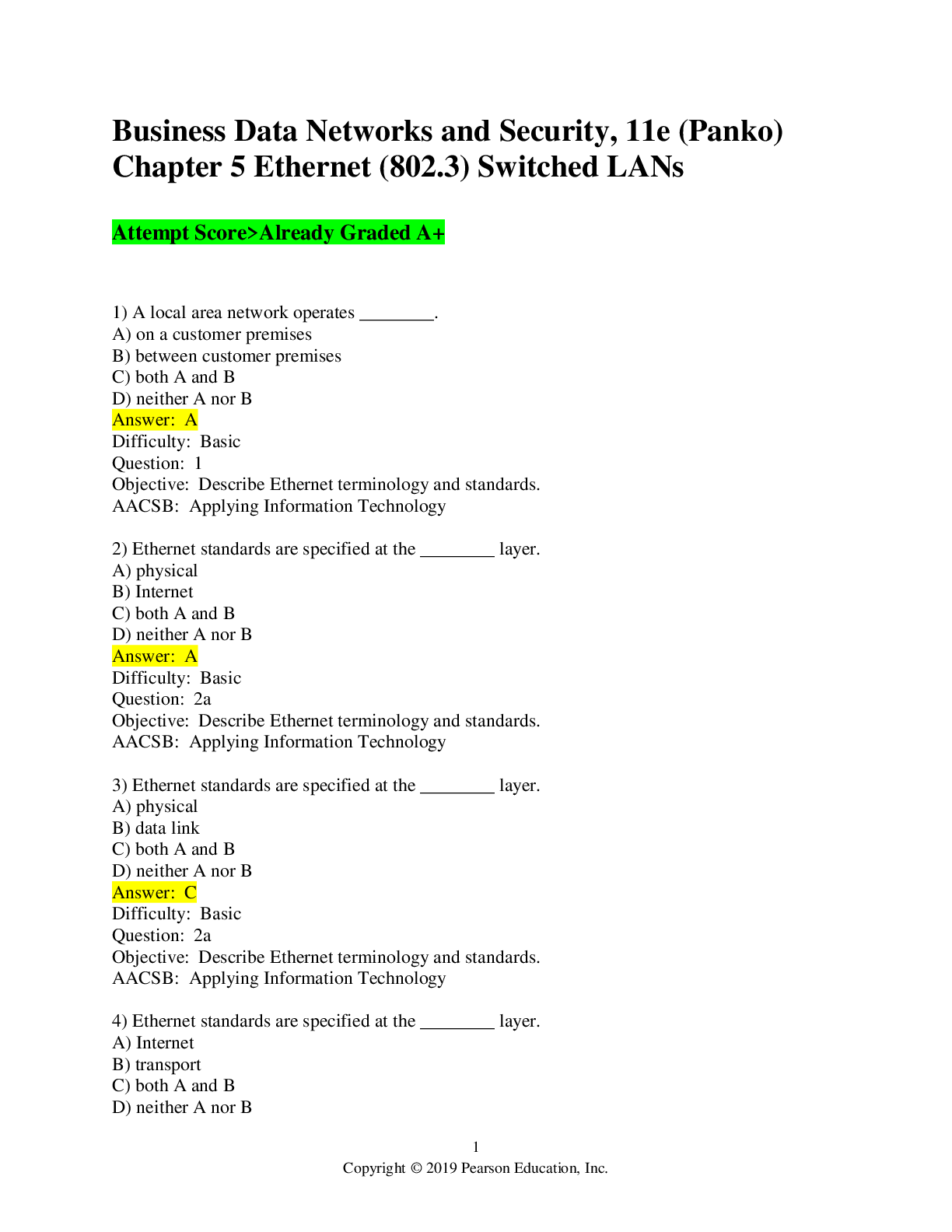 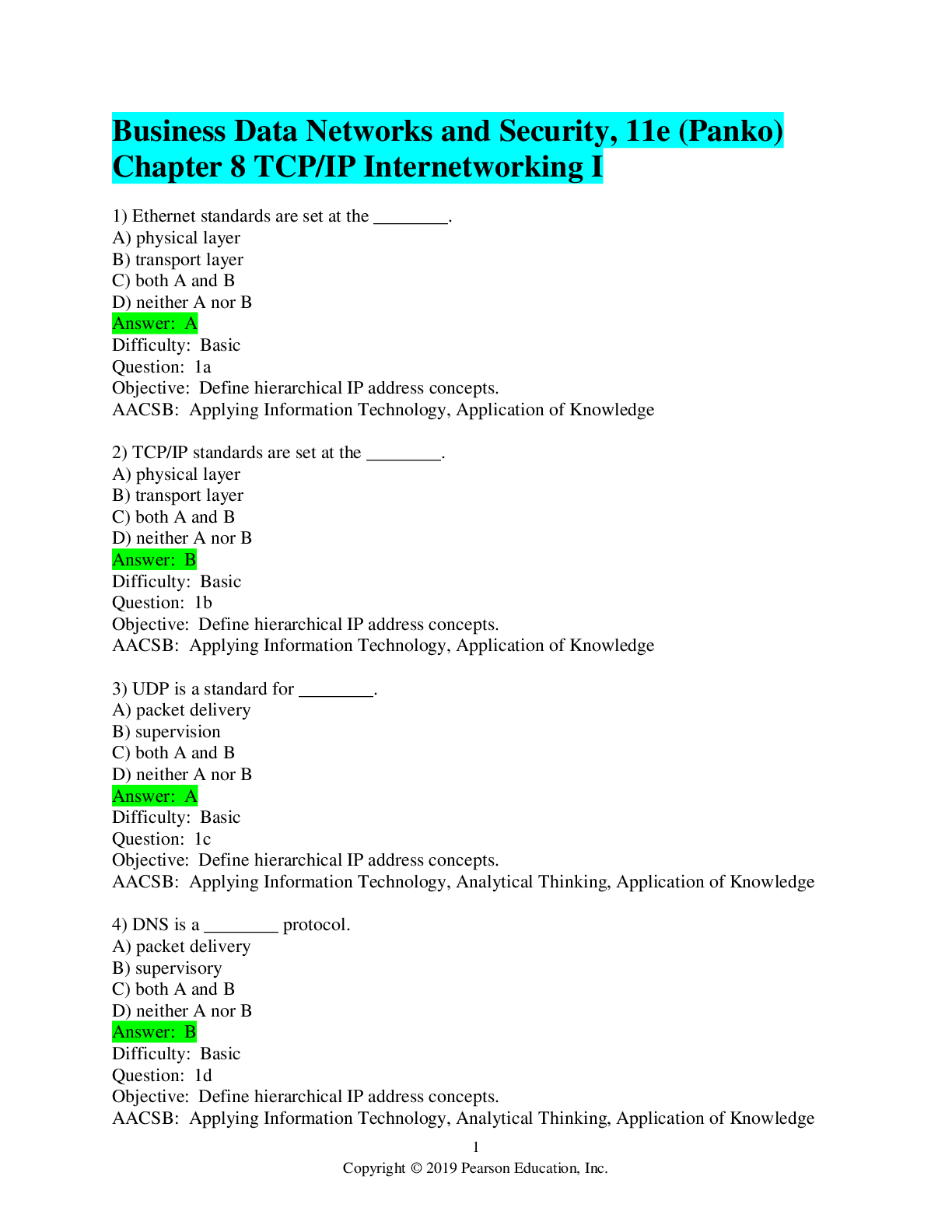 1) Ethernet standards are set at the ________. A) physical layer B) transport layer C) both A and B D) neither A nor B Difficulty: Basic Question: 1a Objective: Define hierarchical IP address concepts... 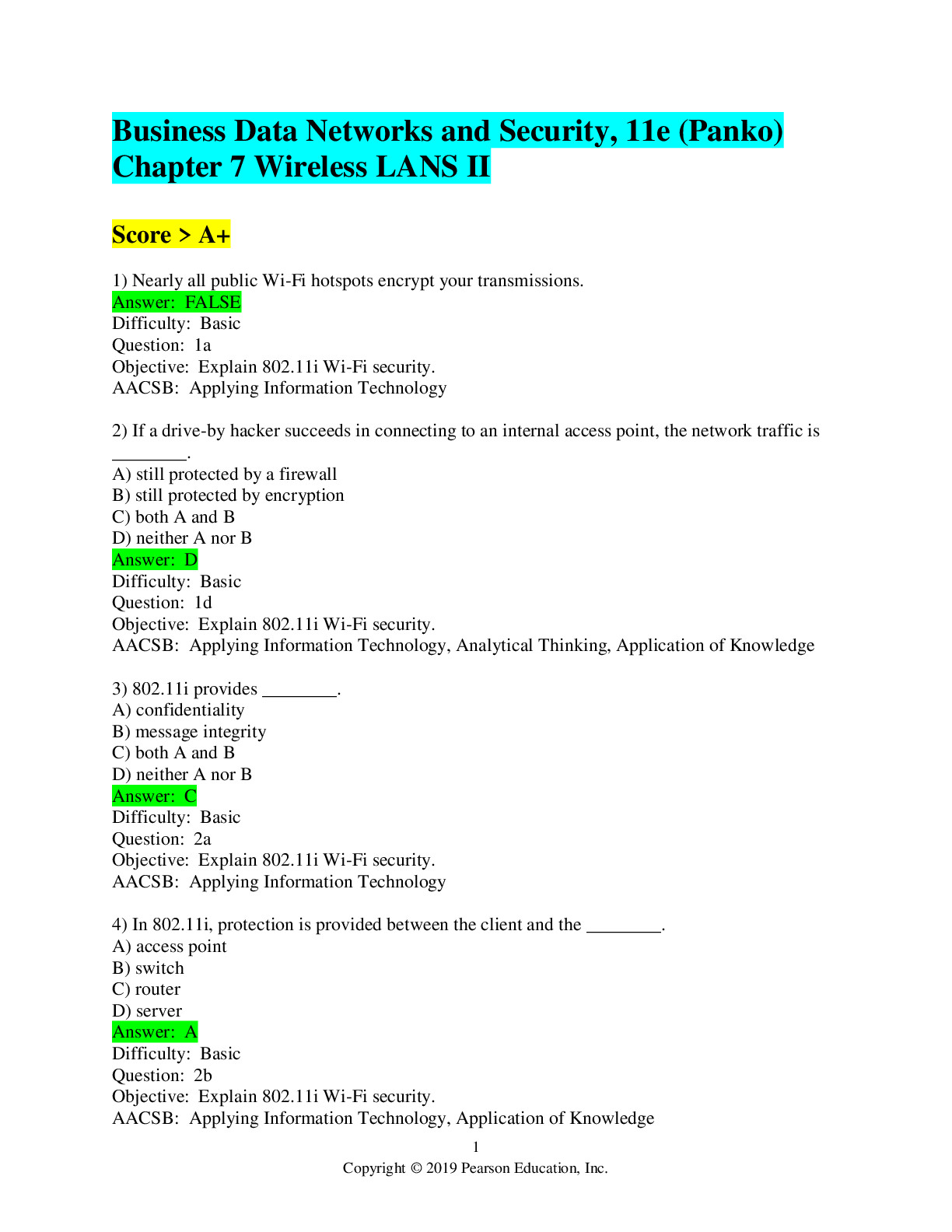 By Dennis 6 months ago 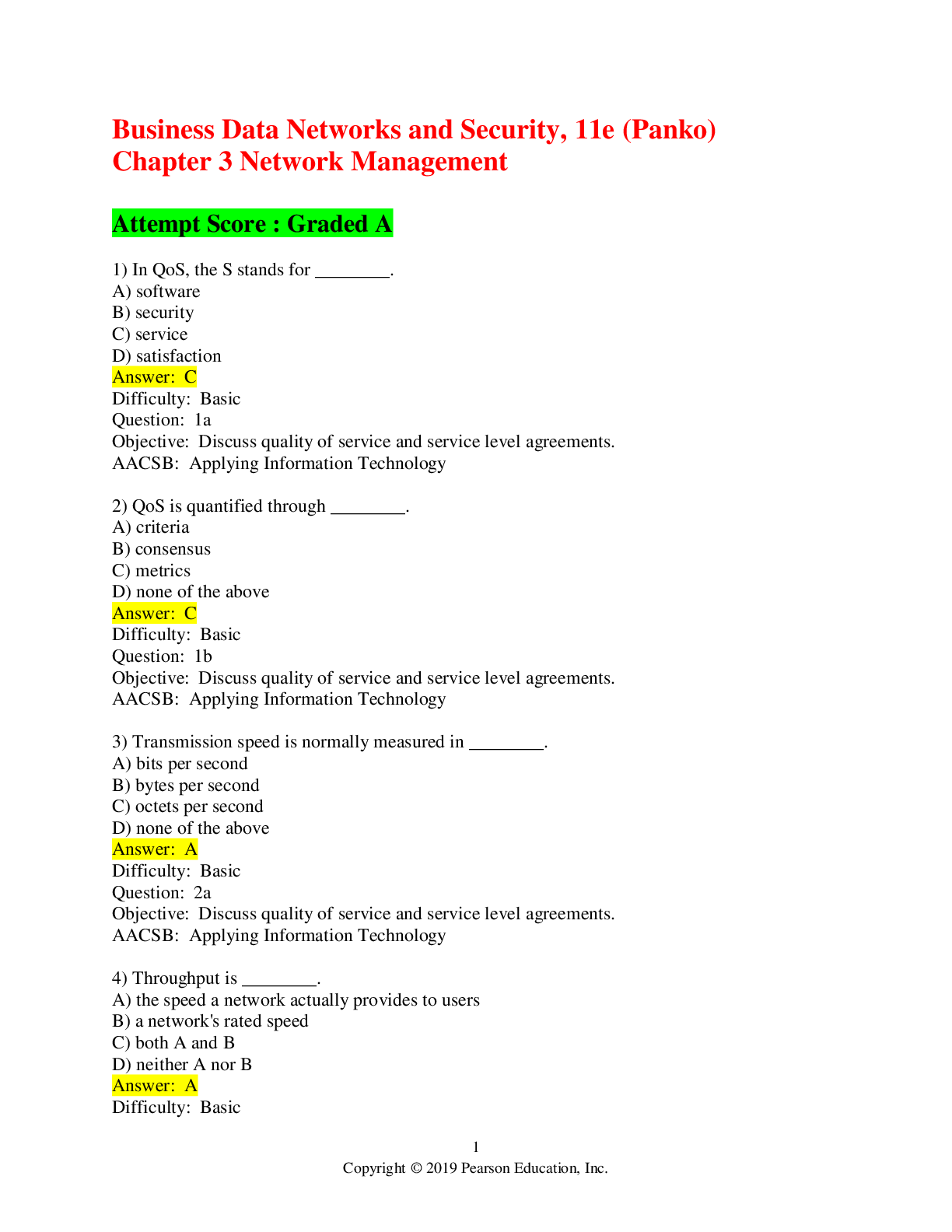 1) In QoS, the S stands for ________. A) software B) security C) service D) satisfaction Difficulty: Basic Question: 1a Objective: Discuss quality of service and service level agreements. A...

By Homework provider 6 months ago

By Homework provider 3 months ago 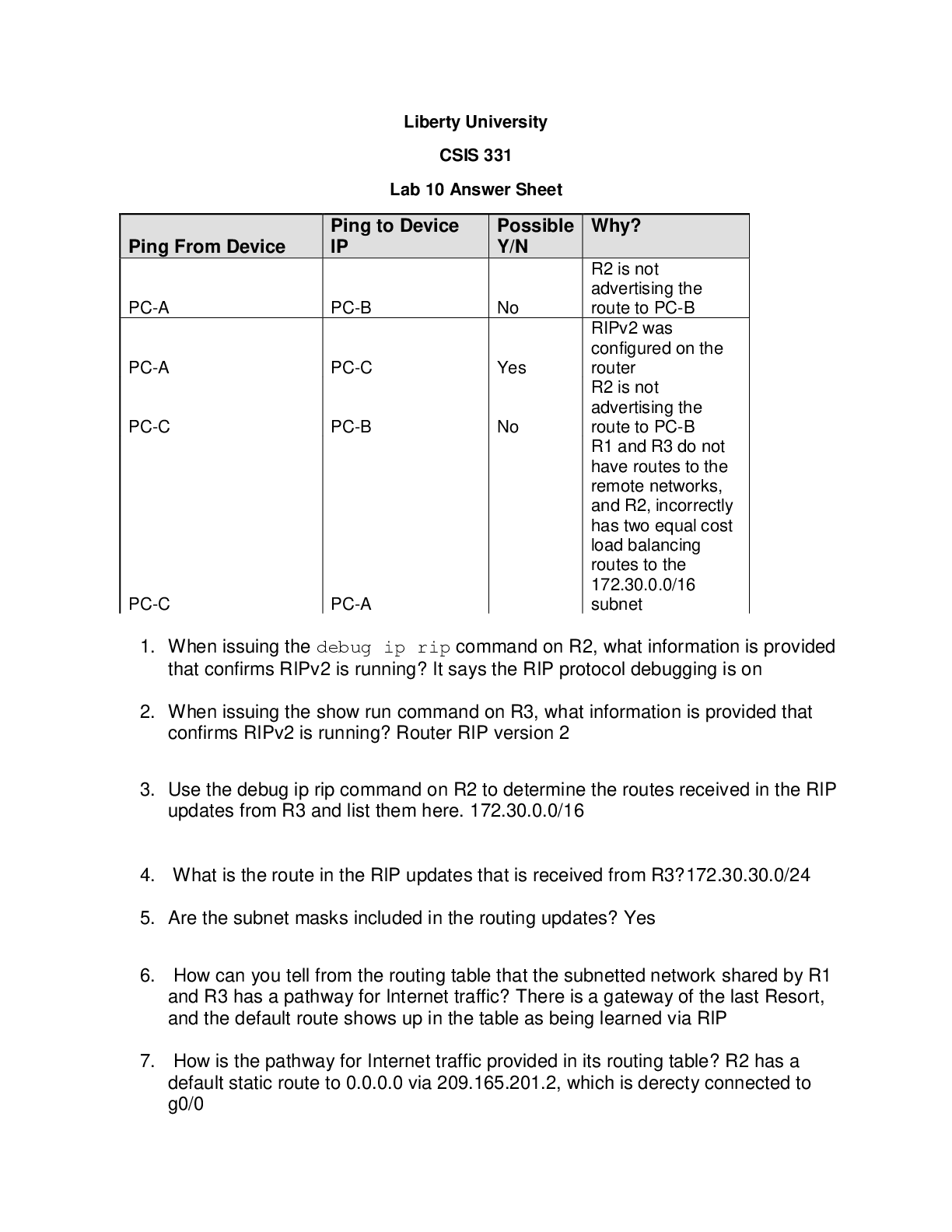 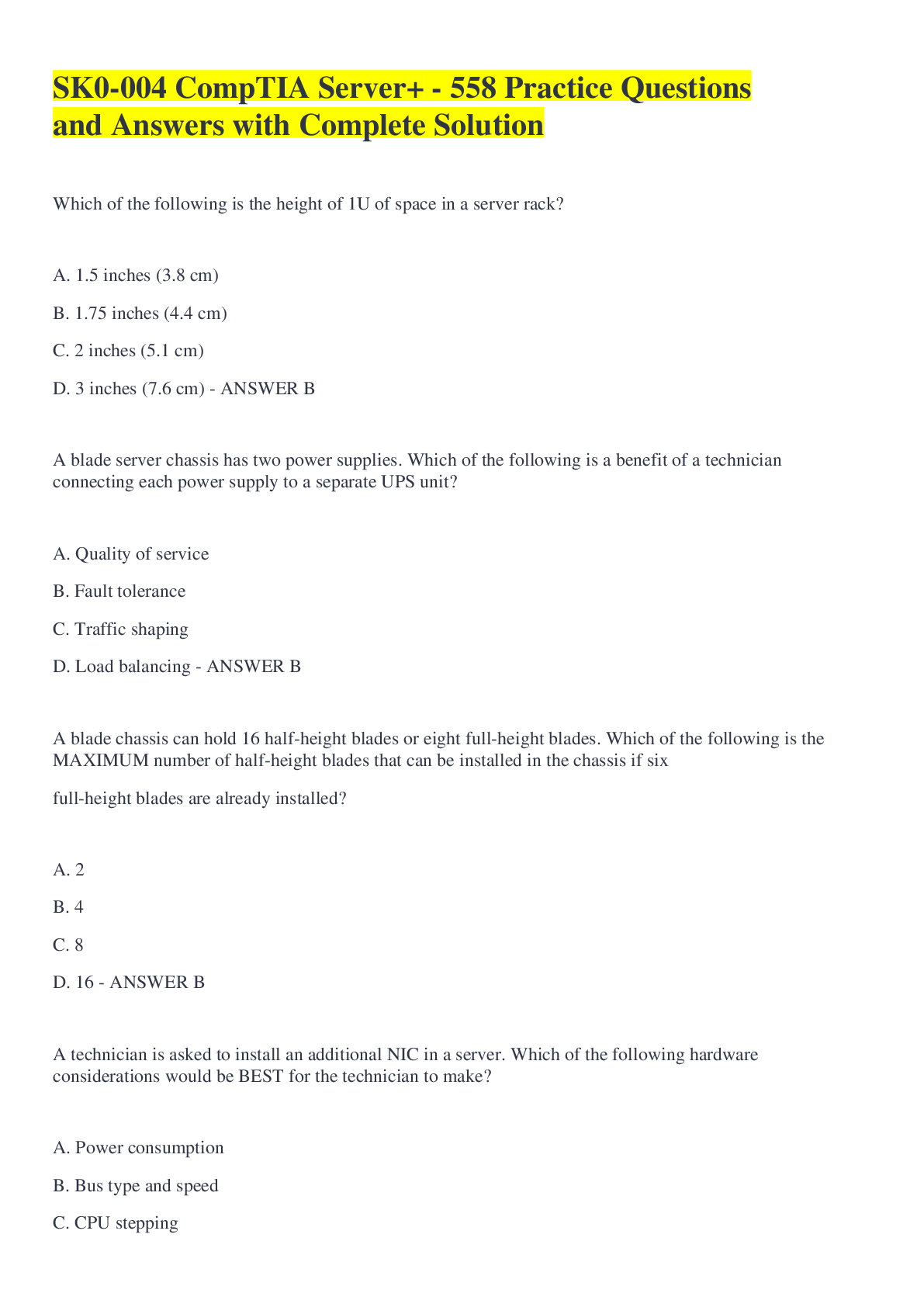 By CATE NATALIA 3 months ago 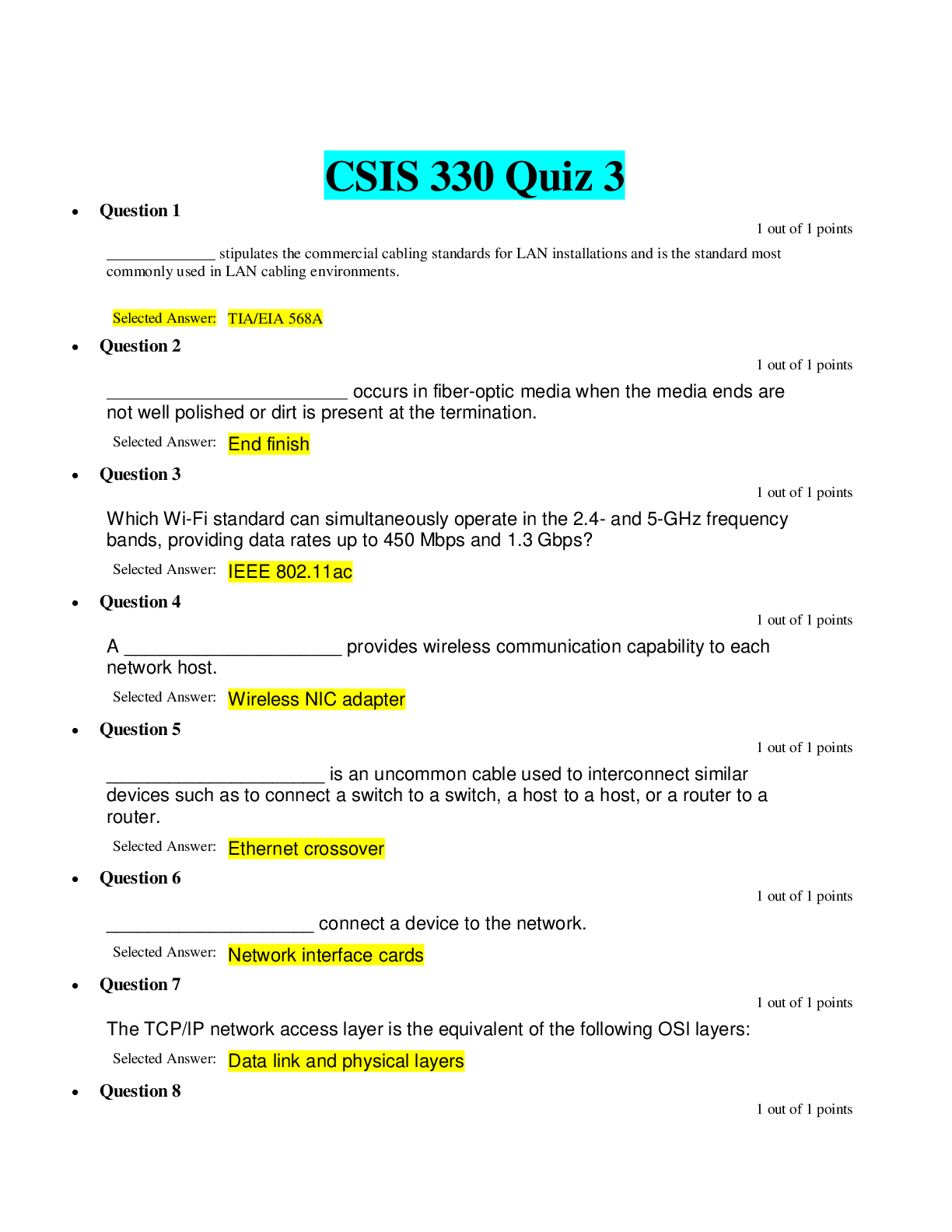 CSIS 330 Quiz 3 • Question 1 1 out of 1 points ______________ stipulates the commercial cabling standards for LAN installations and is the standard most commonly used in LAN cabling environment...

By Dennis 2 years ago