Epidemiological Problem: Chronic Obstructive Pulmonary Disease Chelsea Kingston Chamberlain College of Nursing NR 503: Population Health, Epidemiology, & Statistical Principals January, 2017 ... Evaluation Epidemiological Problem: COPD in Kentucky Chronic obstructive pulmonary disease (COPD) is a chronic lung disease that is a major cause of disability and is the third leading cause of death in the United States (National Heart, Lung, and Blood Institute, 2013). More than 11 million people have been diagnosed with COPD but millions of others live with this chronic disease undiagnosed (American Lung Association, 2016). The World Health Organization (WHO) estimated that COPD will rank fifth in the global burden of disease by 2020 (as cited in Kamour, Mannino, & Kanotra, 2015). The prevalence of COPD in the U.S. was 6.1% in 2011 and increased with age (as cited in Kamour, Mannino, & Kanotra, 2015). Worldwide, about 3 million deaths were caused by COPD in 2015 (WHO, 2016). In the state of Kentucky, lung disease is the third leading cause of death (Centers for Disease Control and Prevention (CDC), 2016b). Kentucky ranked the highest of all 50 states in prevalence of COPD at 9.3% (American Lung Association, 2013). COPD can be prevented in some cases but is not curable once it develops. This paper will discuss the background of COPD including; definition, description, signs and symptoms, and statistics of COPD; review current surveillance and reporting methods; conduct a descriptive analysis of the epidemiology of COPD; diagnosis, screening and prevention of COPD and a plan to address COPD and measure the outcomes as an advanced practice nurse. [Show More] 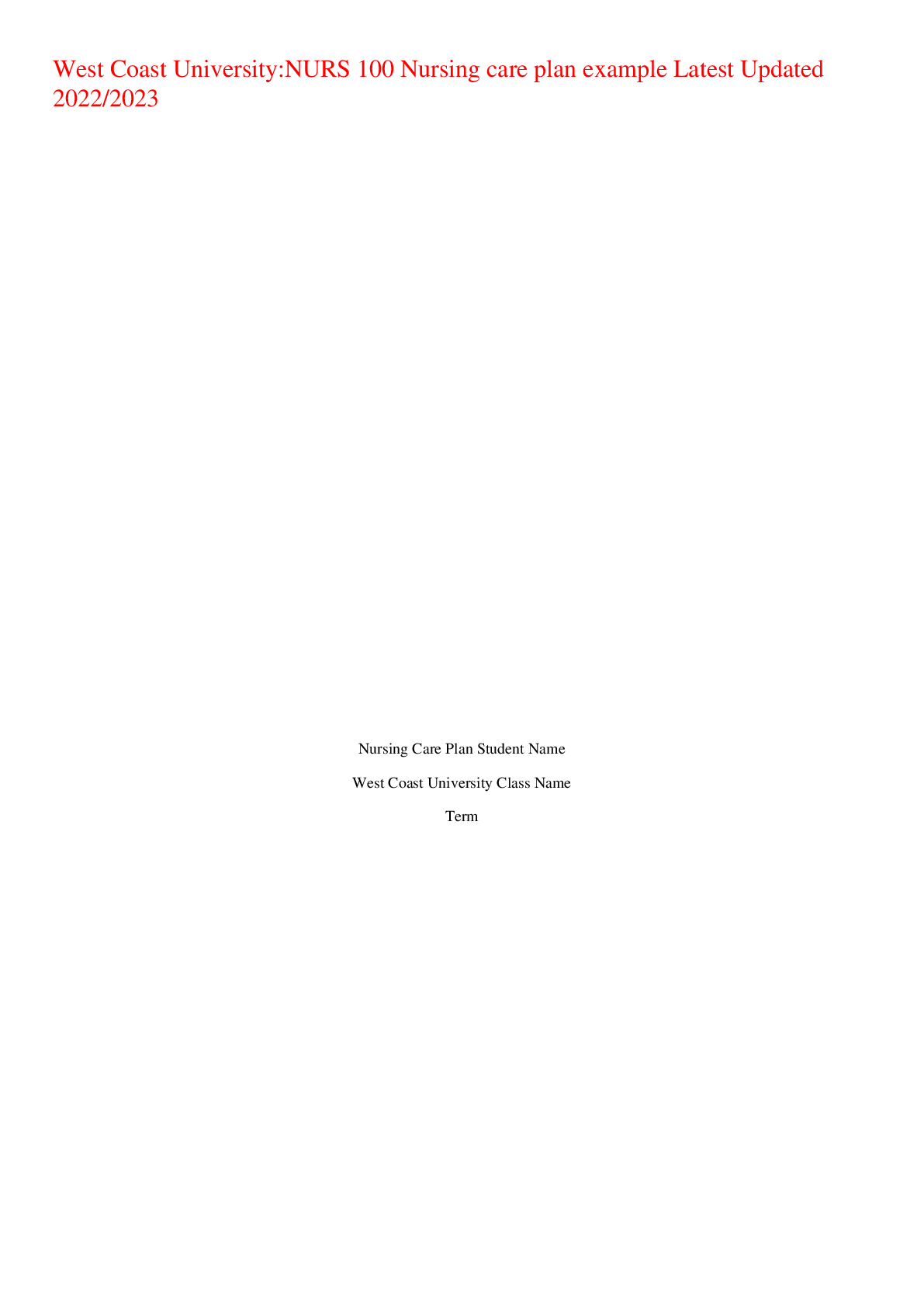 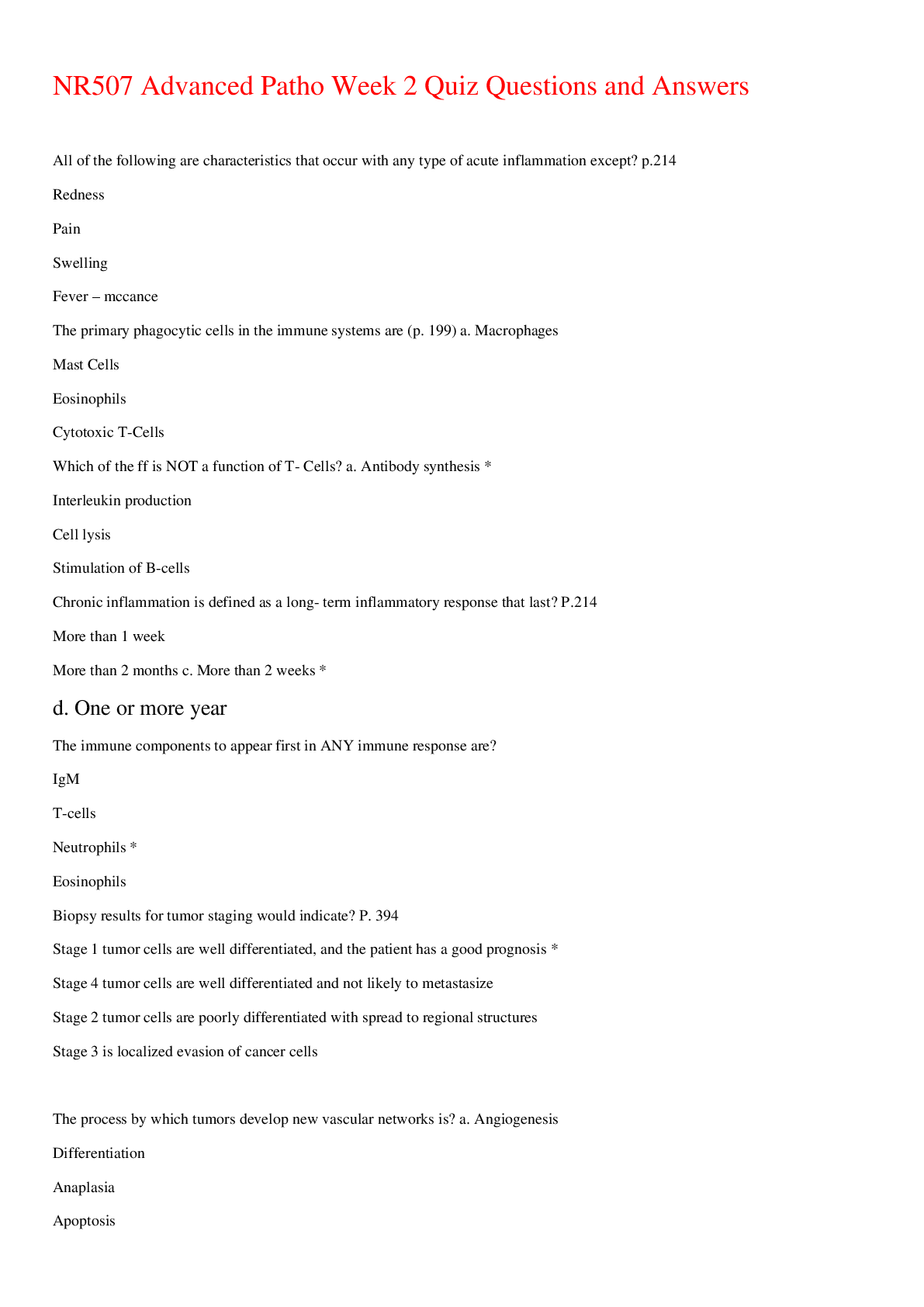 NR 507 Advanced Patho Week 2 Quiz 1. All of the following are characteristics that occur with any type of acute inflammation except? p.214 a. Redness b. Pain c. Swelling d. Fever – mccance 2. The prim...

By QUIZ BIT 1 year ago 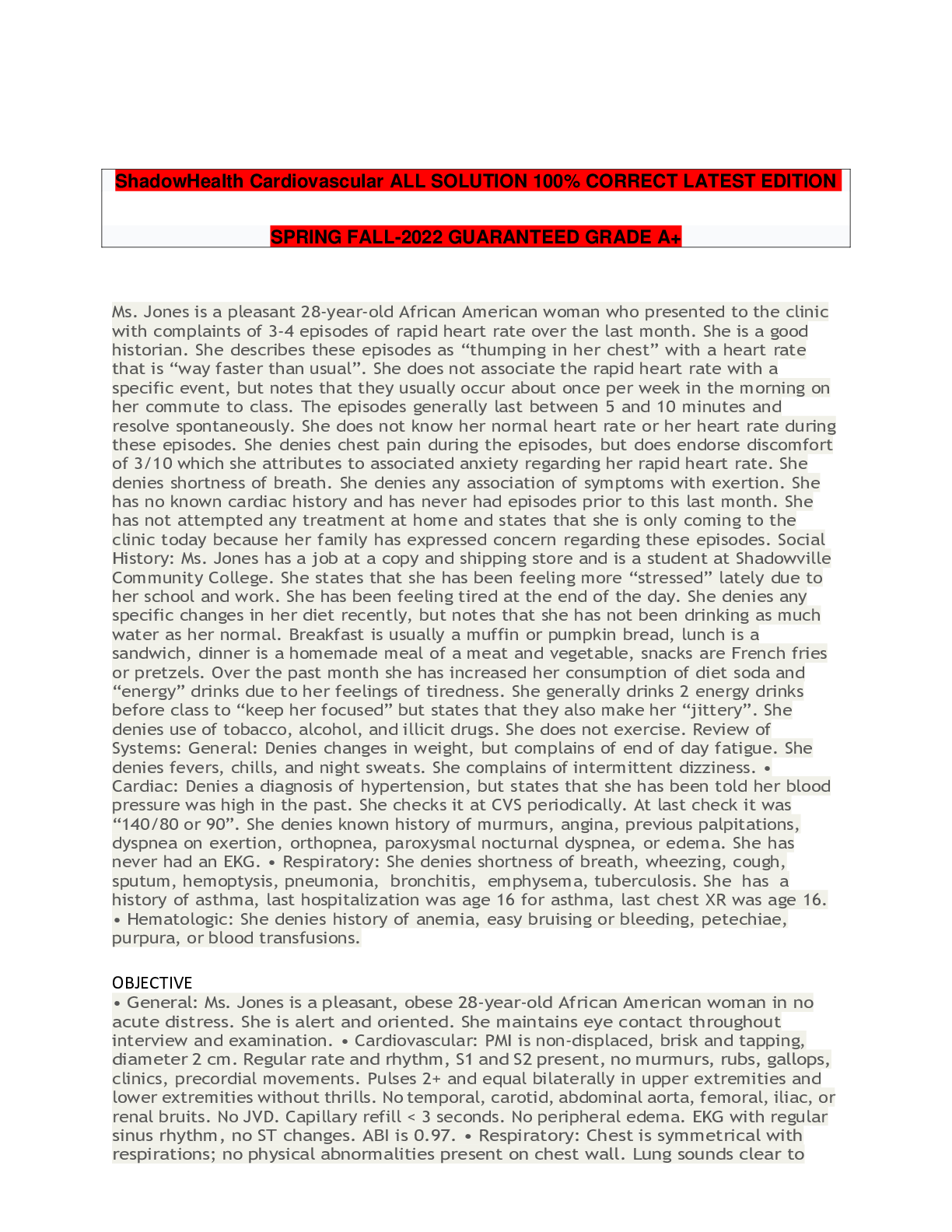 Ms. Jones is a pleasant 28-year-old African American woman who presented to the clinic with complaints of 3-4 episodes of rapid heart rate over the last month. She is a good historian. She describes t...