By Professor Lynne 7 months ago 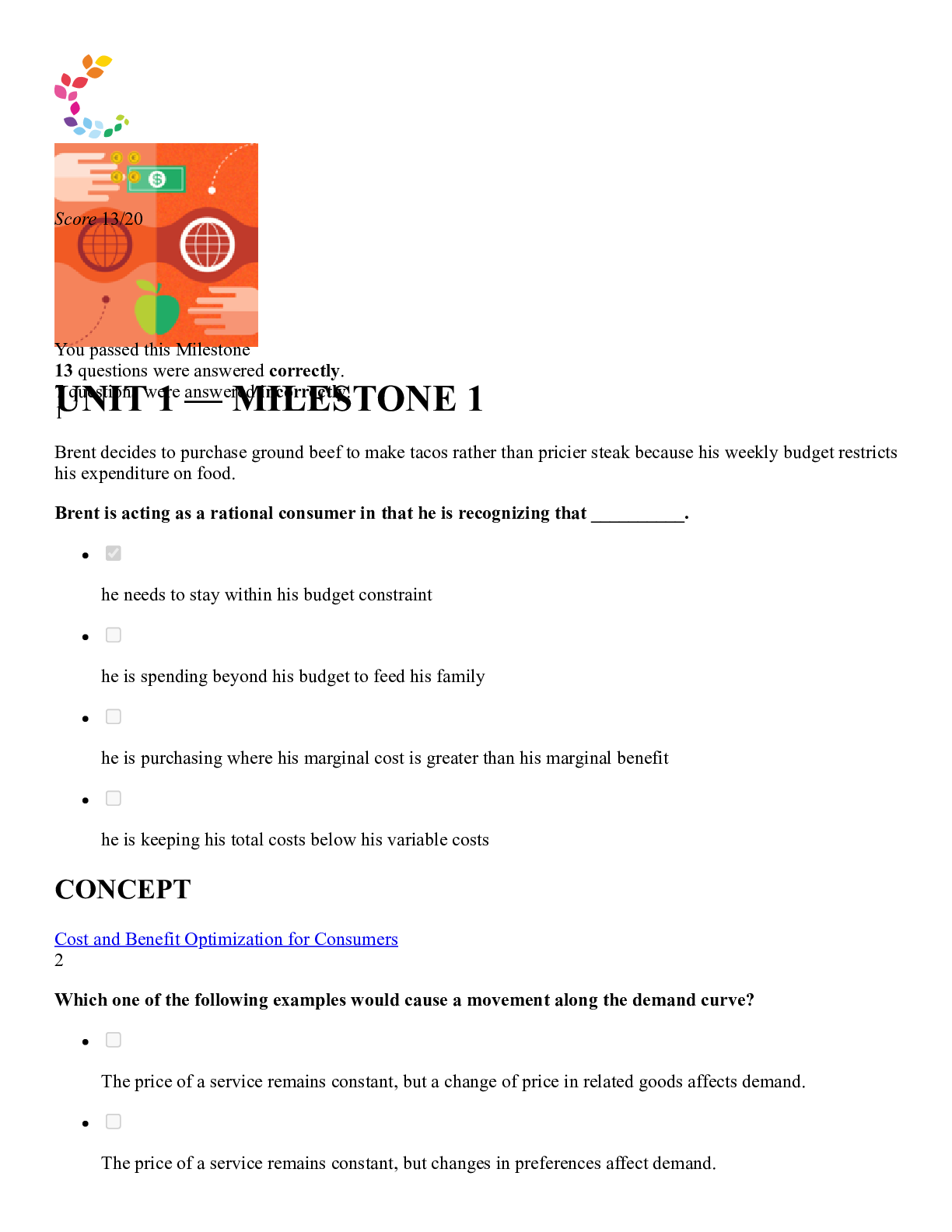 Sophia Microeconomics Unit 1 Milestone 1. Complete With Answers.Brent decides to purchase ground beef to make tacos rather than pricier steak because his weekly budget restricts his expenditure on fo...

By Quality Suppliers 1 year ago 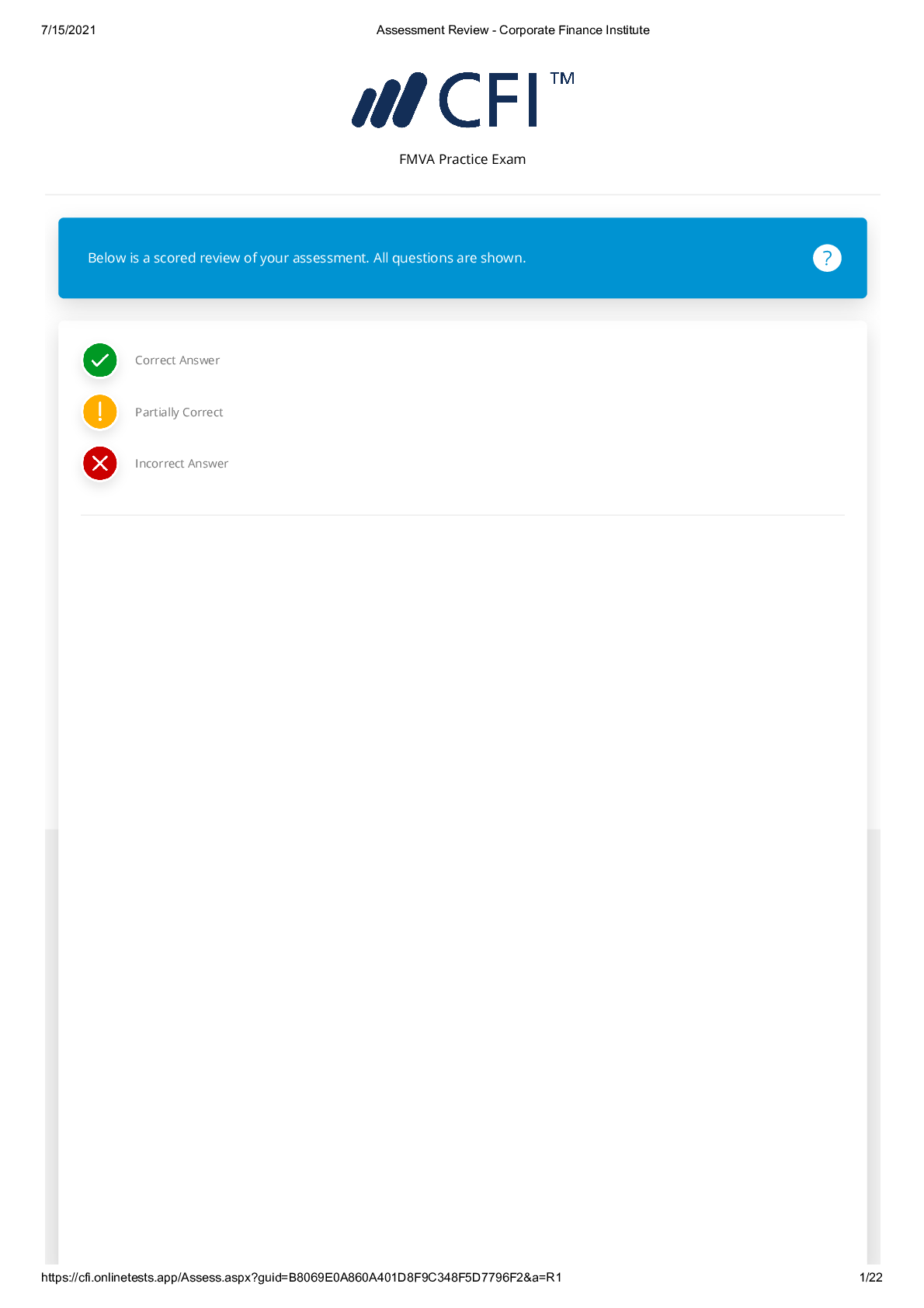 By Kirsch 5 months ago 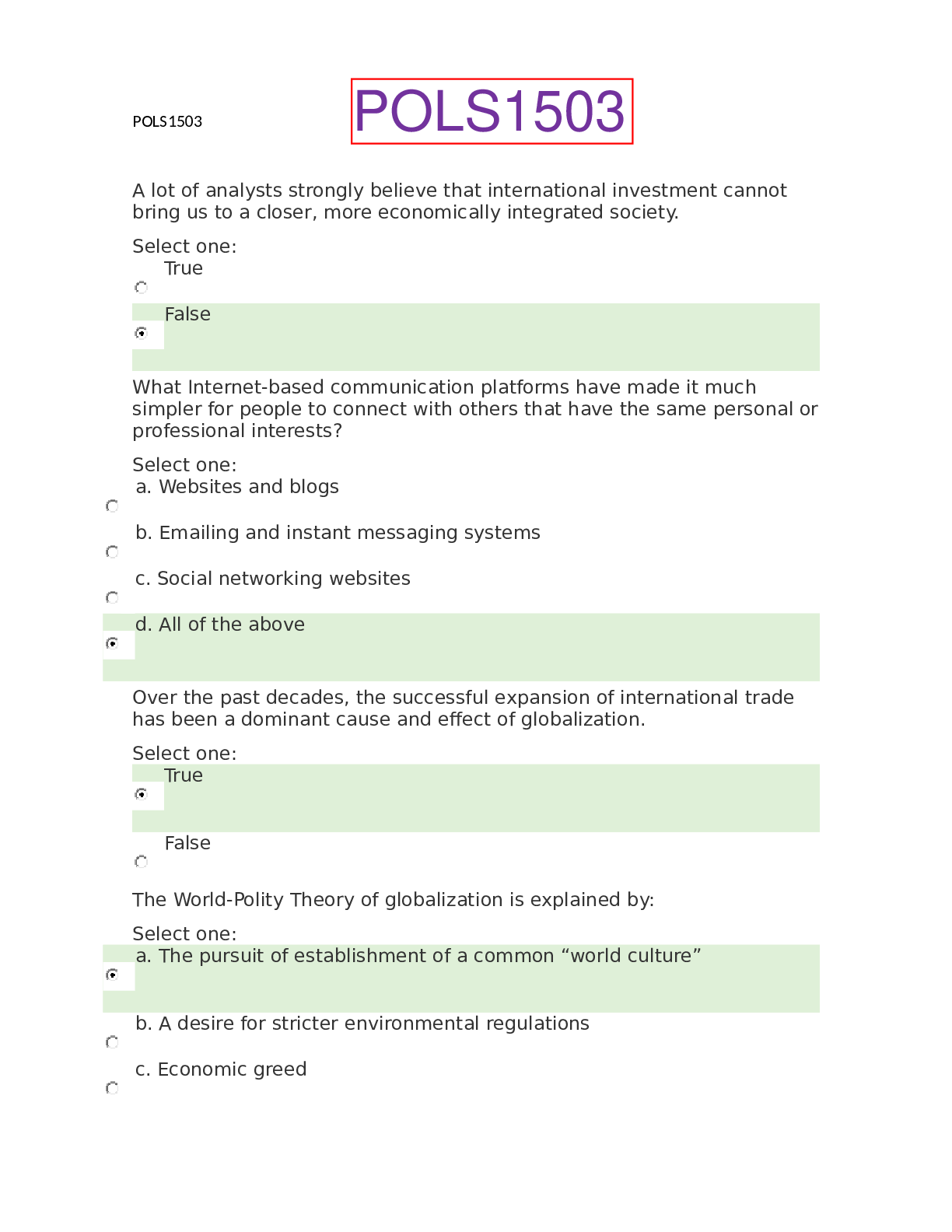 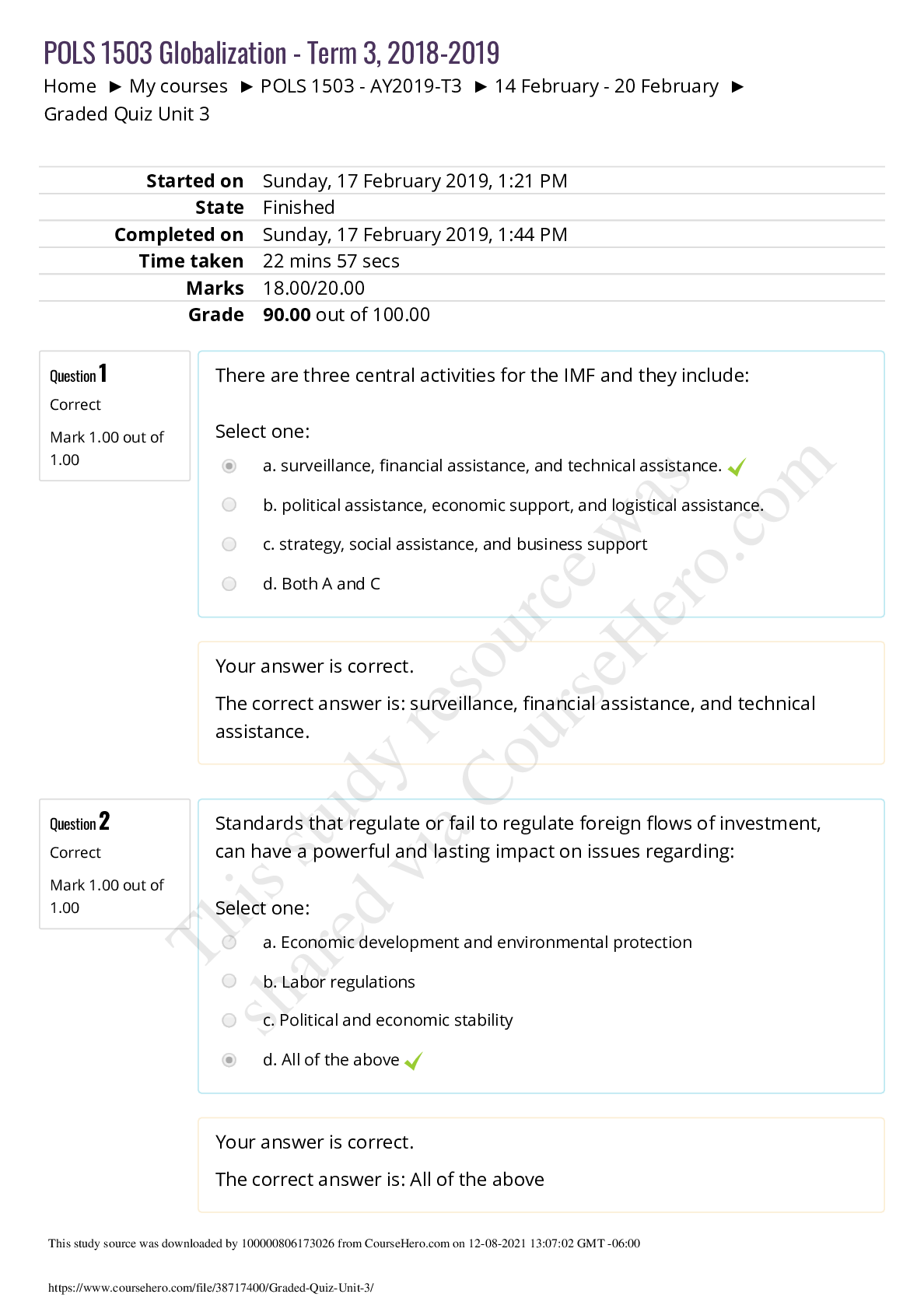 POLS 1503 - AY2019-T3 Graded Quiz Unit 3 There are three central activities for the IMF and they include: Select one: a. surveillance, ြnancial assistance, and technical assistance. b. politic... 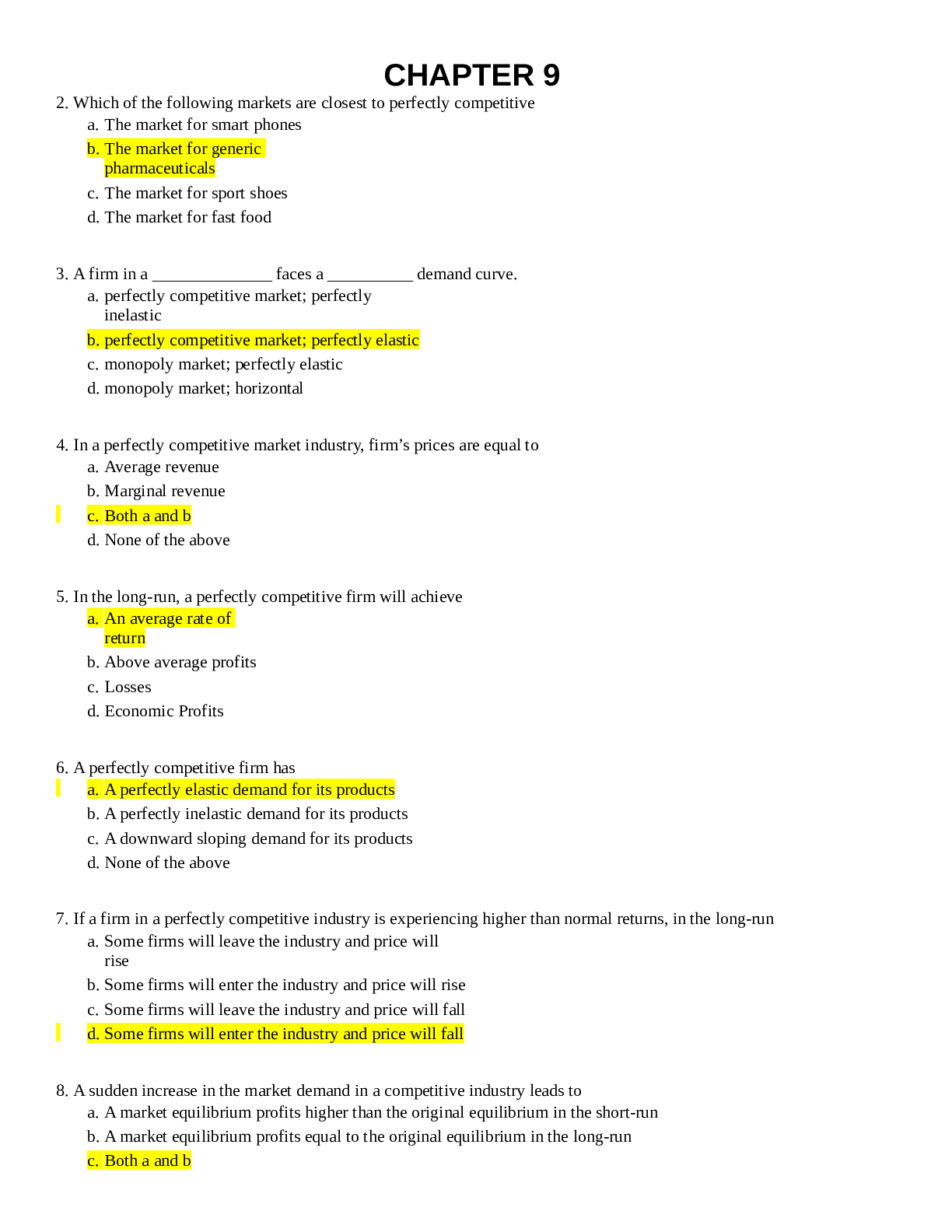 ECON-101-CHAPTER-9-14 CHAPTER 9 2. Which of the following markets are closest to perfectly competitive a. The market for smart phones b. The market for generic pharmaceutic...

By Quizmaster001 1 year ago

Member since 8 months ago