You passed this Milestone All questions were answered correctly. 1 Select the FALSE statement about Islamic art. ● The tenets of the Islamic religion influenced Islamic art ● The art of Islam is...

By QuizMaster 2 years ago 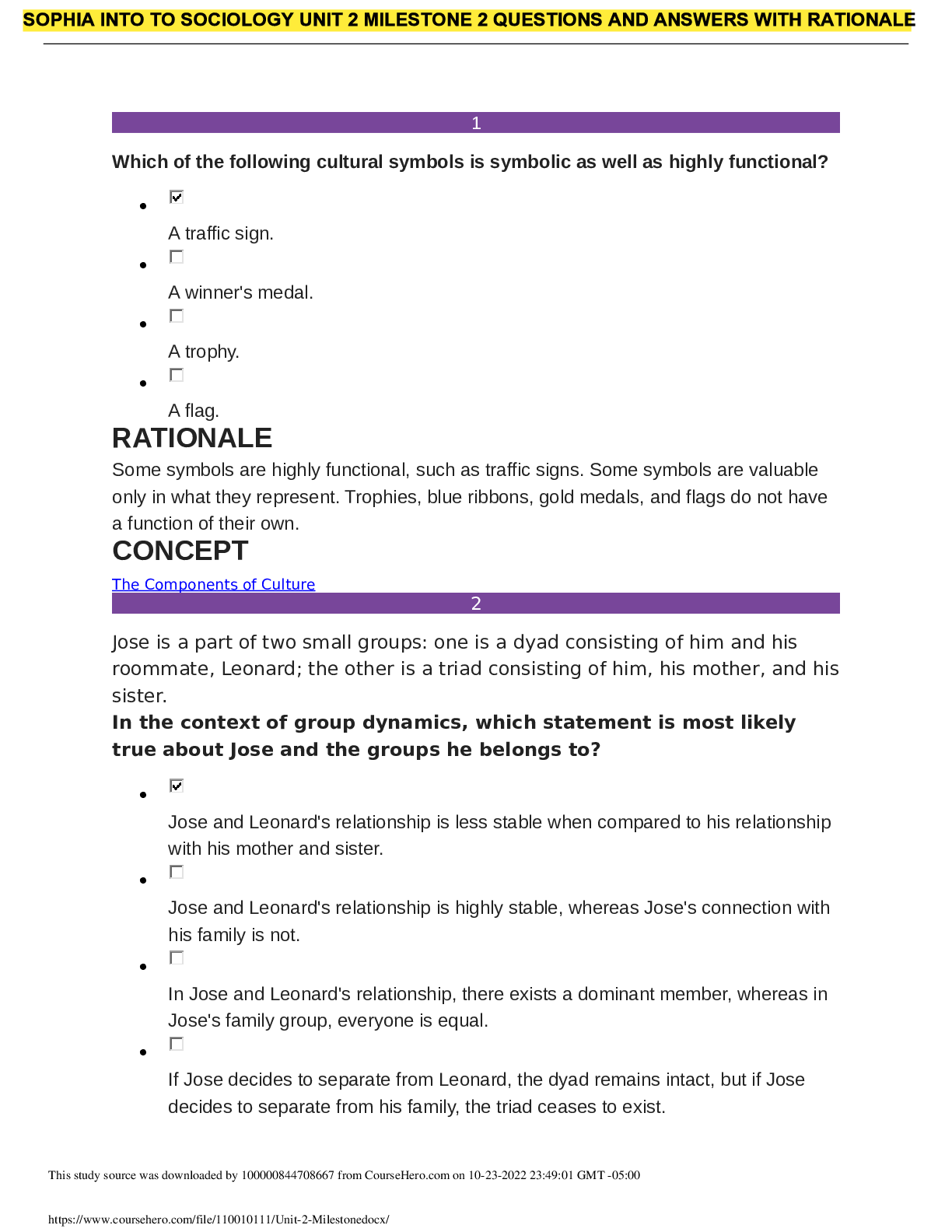 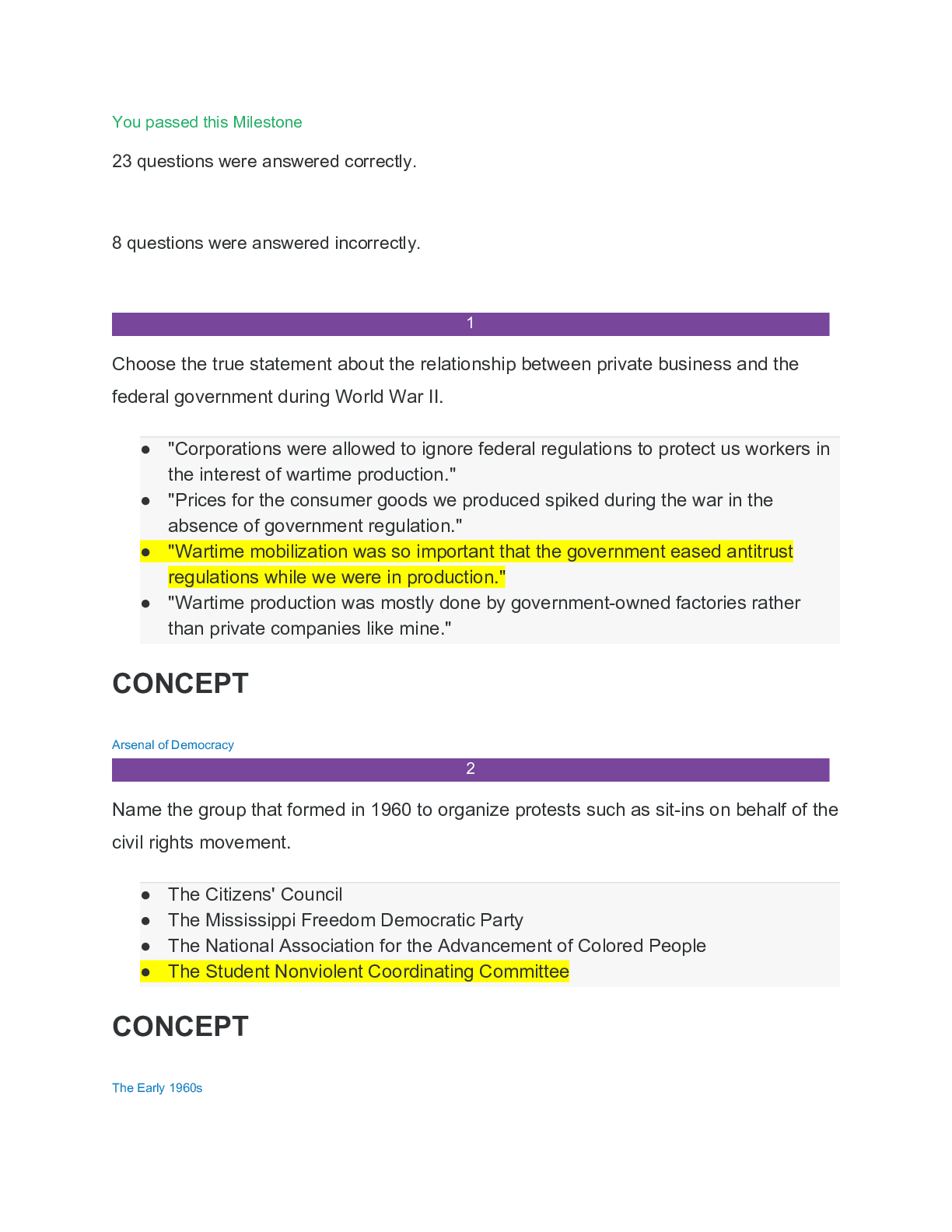 Choose the true statement about the relationship between private business and the federal government during World War II. ● "Corporations were allowed to ignore federal regulations to protect us wor... 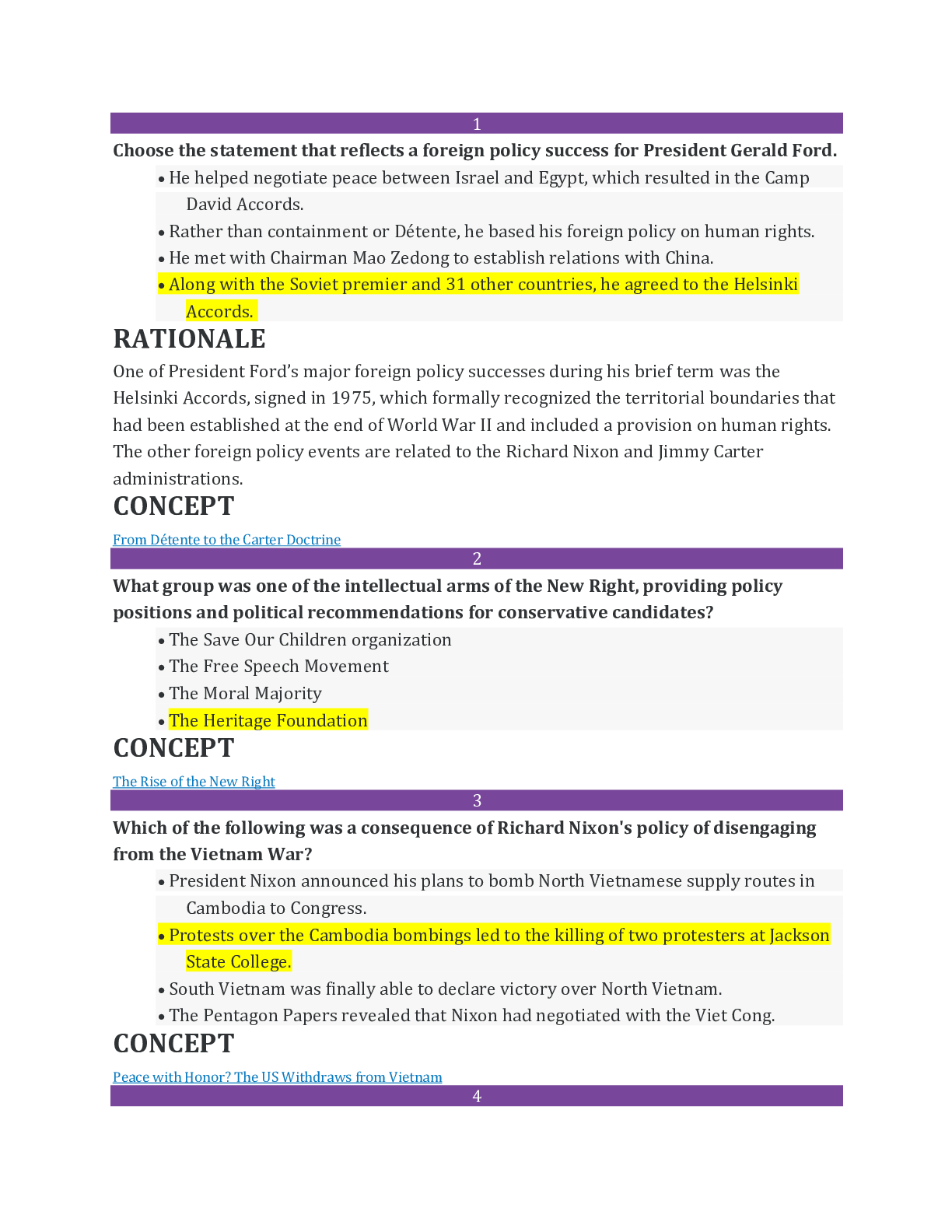 1 Choose the statement that reflects a foreign policy success for President Gerald Ford. • He helped negotiate peace between Israel and Egypt, which resulted in the Camp David Accords. • Rather t... 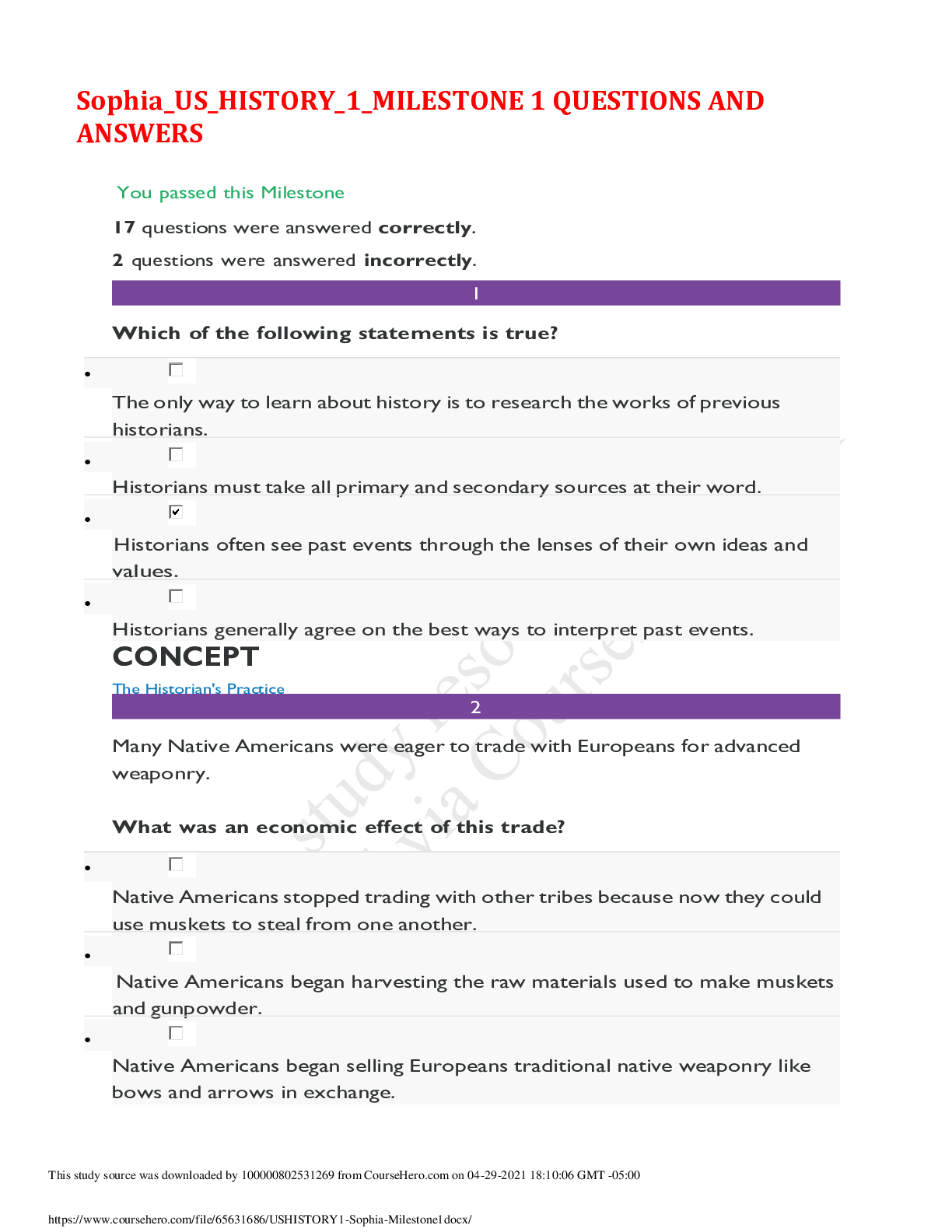 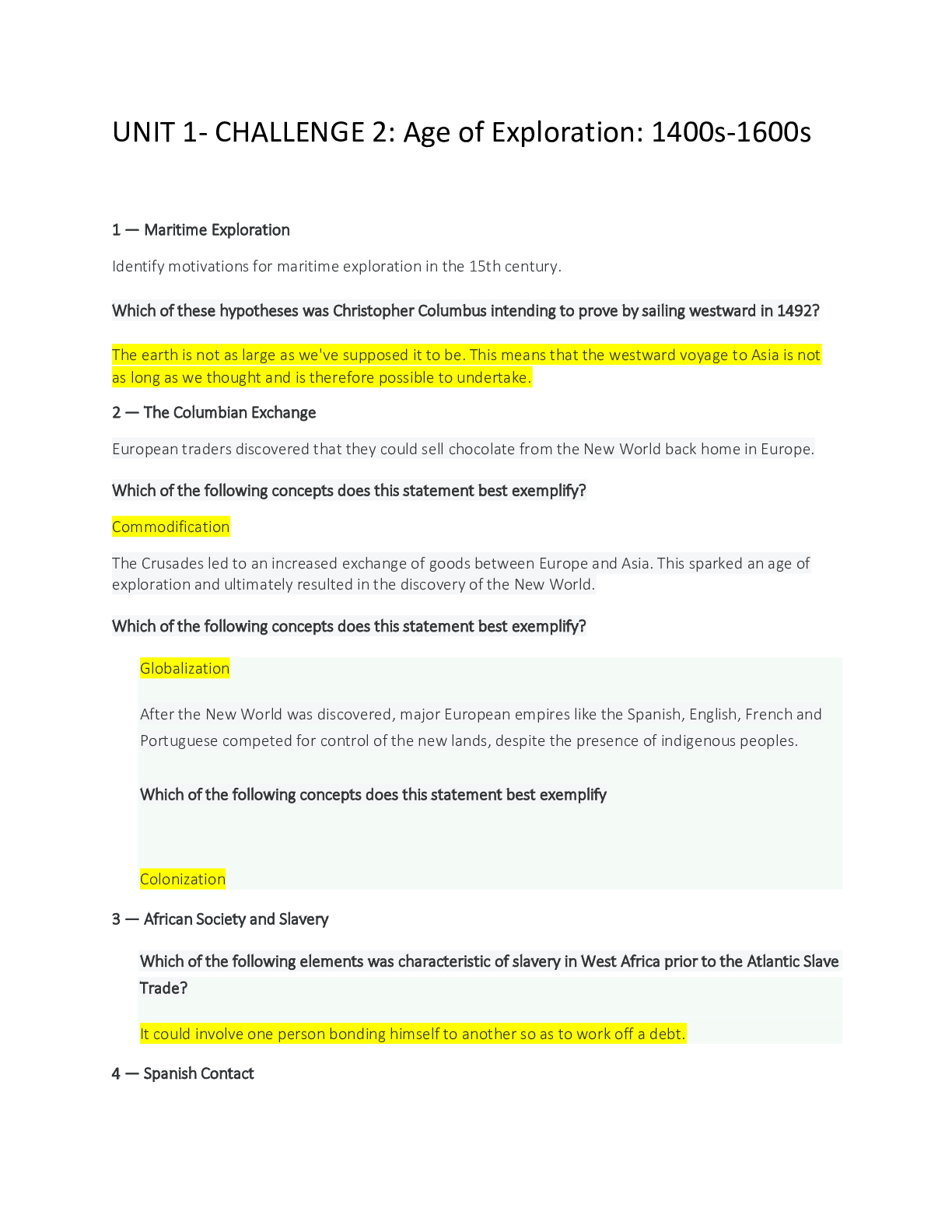 UNIT 1- CHALLENGE 2: Age of Exploration: 1400s-1600s 1 — Maritime Exploration Identify motivations for maritime exploration in the 15th century. Which of these hypotheses was Christopher Columbus...

By Homework provider 1 year ago

HISTORY 104 Sophia US History Milestone 3 (1) Which of the following statements about the divided political climate during the administrations of George Washington and John Adams is true? 2 Which of t...

By Certified Guru 1 year ago 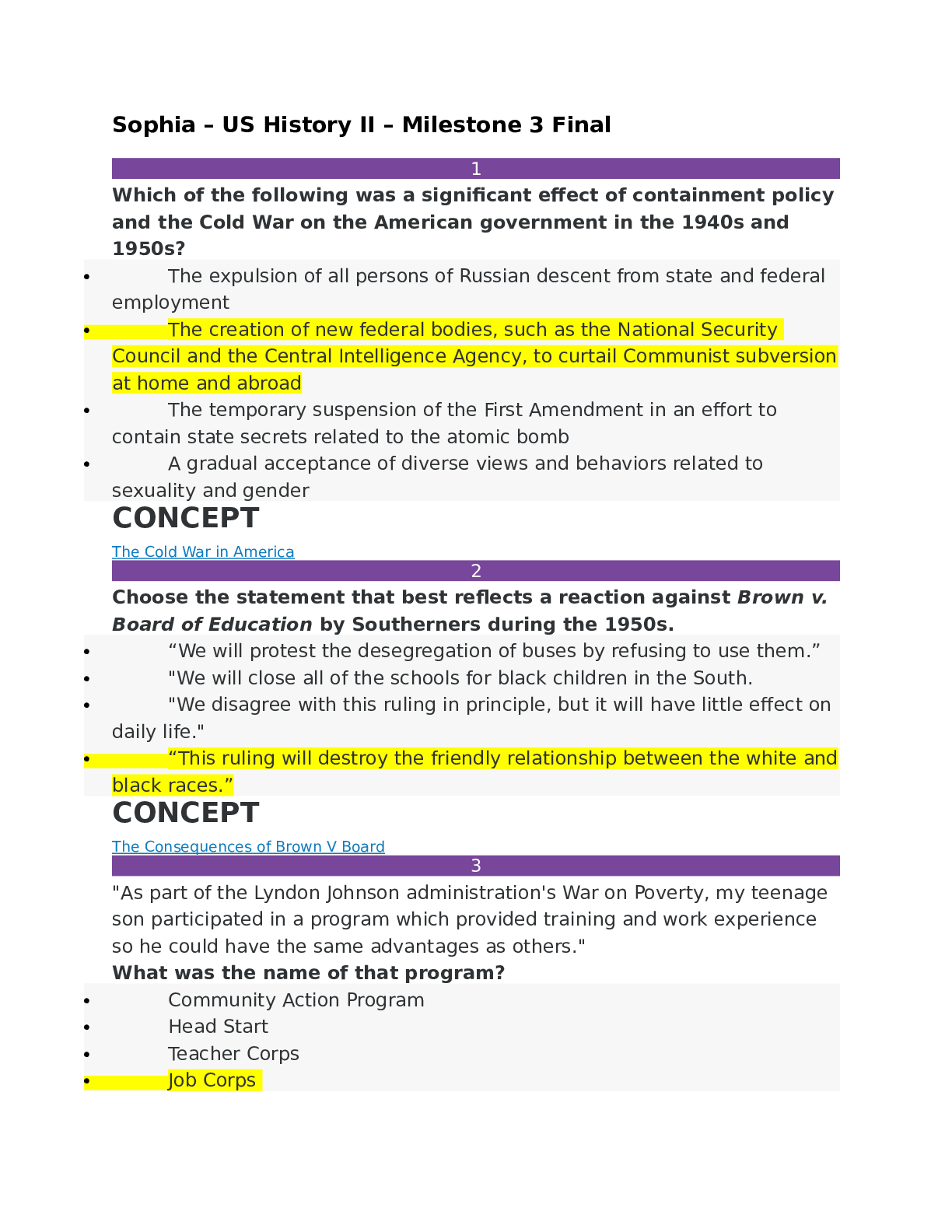 Sophia - US History II - Milestone 3 Final Exam. Questions And Answers. Complete Solution.Which of the following was a significant effect of containment policy and the Cold War on the American governm...

By Quality Suppliers 1 year ago 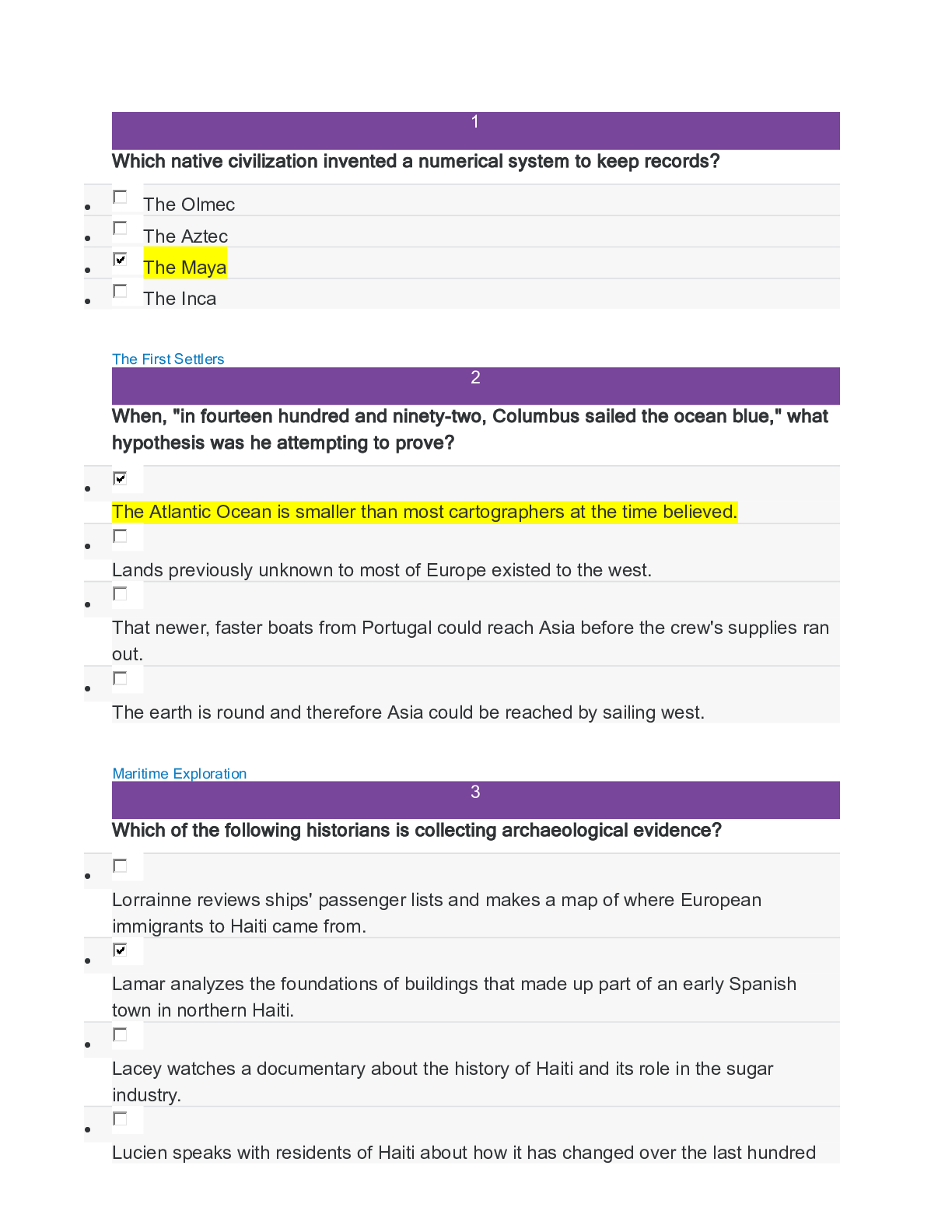 Latest Sophia US History I Milestone 2/ {All Milestones) | Golden Pass

Which native civilization invented a numerical system to keep records? • • The Olmec The Aztec • • The Maya The Inca The First Settlers When, "in fourteen hundred and ninety-...